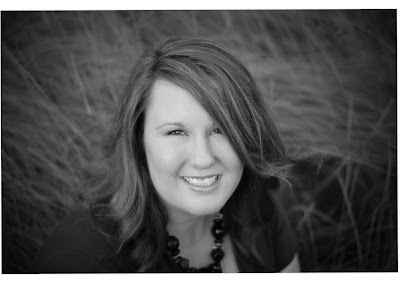 Tell us a little about yourself

Well, I'm actually quite boring. I live in the great state of Oklahoma with my husband and our two sons. I love getting to the beach any chance I get and I'm obsessed with Diet Mountain Dew and the OKC Thunder.

How would you describe your books?

I guess I would describe my books as romantic and heartfelt. I try to write what's in the characters heart.

Most of the books I've written have been new adult with the exception of Guarded and Defensive. The characters were a little older in those books. As far as venturing into another genre, I'm not sure. I just write whatever is in my head. :) 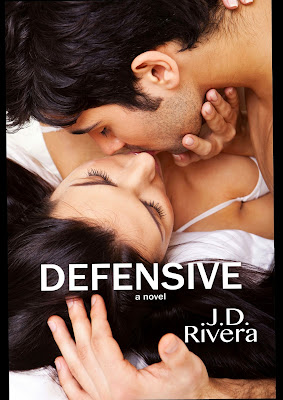 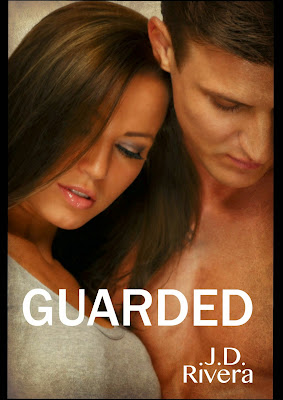 Share with us a quote from one of your favourite characters

-This quote is from Hayes in Chasing the Stars:
“Breathtaking,” he replied before he placed a gentle kiss on my cheek. “I wanted to show you something almost as breathtaking as you.”

Is it hard to come up with new ideas or plots?

Yes and no. I can usually come up with the main plot fairly easily (the characters and story usually come from a dream) but I still run into writers block occasionally.

How long does it take you to complete a finished book?

I would say 4 to 5 months. It just depends on what all is happening in my life.

Who is the easiest character to write for and why? Hardest and why?

I would say the easiest for me to write was Hayes in Chasing the Stars. His voice just flowed from my head to the keyboard. The hardest character for me to write was Emily in Trying to Get Over You. It was hard to express her feelings without her coming off as rude and hateful.

TEASERS FOR CAHASING THE STARS 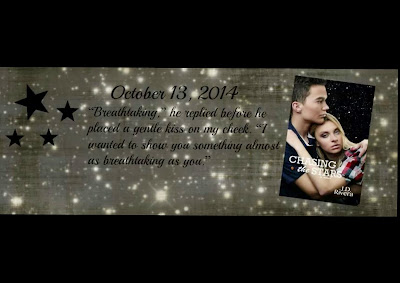 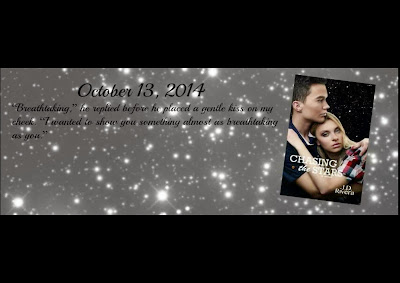 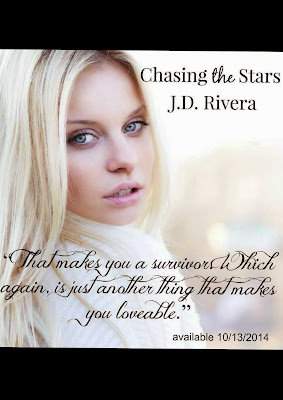 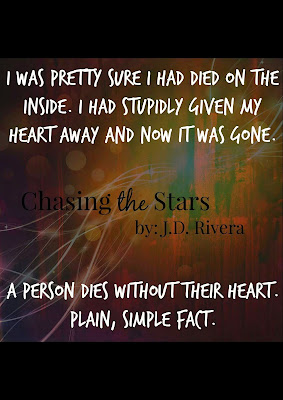 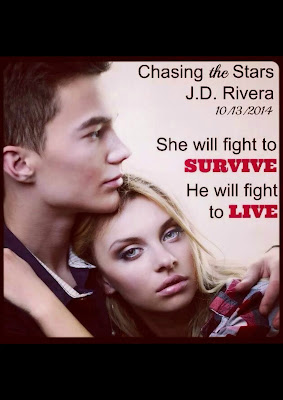 Are any of your characters based on real people? People you may know on TV or Movie stars?

Not really. I usually come up with the characters based on a dream I've head. Now, some of Jackson's (Guarded and Defensive) and Cooper's (Trying to Get Over You) personality come from my husband's personality but none of the story is based on real life.

Without giving anything away, what is or are your favourite scenes in your book?

I would have to say my favorite scene in Chasing the Stars was when Hayes tried to let Mackenzie know his feelings without really saying it.

What's up next for you?

I have a novel and novella that I'm working on. Some characters from Chasing the Stars might make an appearance.  :)

I love to read. I also love to be outdoors walking or hiking.

Not that I know of. If they do, they haven't told me.

When did you start? What was your first published piece?

I've been writing for a while now. Not all of it is good though. My first published work was ‘Trying to Get Over You’.

Do you have any favourite books or authors?

I have so many favorite books and authors. I'm a huge fan of Sylvain Reynard. I loved Gabriel's Inferno.

Out of all the books and stories, you've written which is your favourite.

I would have to say Chasing the Stars. The characters will always have a huge piece of my heart. 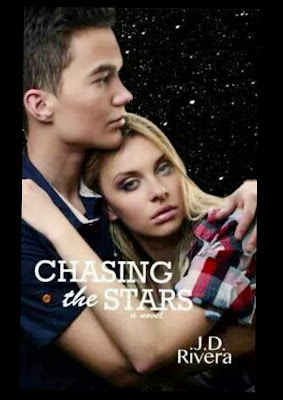 Do you have a favourite character?

Hayes. I absolutely love him!

I love to write new adult. It's a great genre.

What are your favourite movies?

I've been writing for a while but I didn't publish anything until last year.

Who or what has been your biggest literary influence.

That's a hard question. Every author out there. :)

How difficult is it for you to come up with one of your brilliant plots?

- The plot isn't that difficult because I usually dream the plot. It's the filler stuff that's hard for me.

How about characters? Are they easily born and developed?

I would say yes but I've had a few surprises.

About how long does it take you to take for you to complete a novel from concept to completion?

Usually 4 to 6 months. It all just depends though. My kids keep me busy!

-Let me think... I freak out every time I publish. I thought it would get easier but it doesn't. In fact, I think it gets harder.

Which one of your books would you like to see made into a movie?

Hmm, maybe ‘Chasing the Stars’. I don't really know why except it's probably my favorite of the books I've written. Second place would be a short story I wrote titled Always Friends. I really loved Ryder and Megan. :)

What is your favourite band or artist?

Miranda Lambert. I love her music! But I listen to everything.

It was kind of scary but really exciting. It was a weird feeling knowing that people would be reading my words. Before that, I was the only one that had read my writing.

-I would say to do it. Write like crazy and do it!

Sometimes I will get ideas while I'm driving and by the time I've stopped and can write them down, I can't remember anything. It's frustrating!
Posted by BLOGL.MEVANS