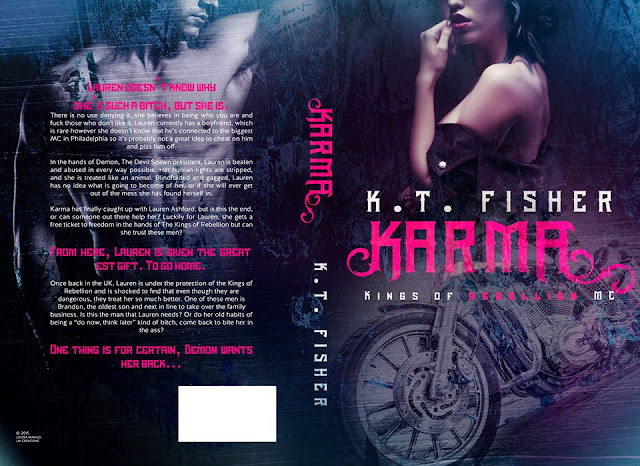 Synopsis:
We first met Lauren in Rockstar’s Temptation, where she wasn’t the best sister to Maisy and tried to come between her and the man she loved.

Lauren doesn’t know why she is such a bitch, but she is. There is no use denying it or hiding it. She believes in being who you are and fuck those who don’t like it. That also results in her not having many friends, if any, and not much family left. Even her boyfriend doesn’t want her anymore – well, he actually caught her in bed with his two friends and kicked her out. Her ex is pissed, and she soon realises the hard way that she never should have betrayed him. Yet, pretty-boy Andrew isn’t as innocent as she thought. In fact, it turns out he’s connected to one of the biggest gangs in America.

Lauren is beaten and abused in every way possible. Her human rights are stripped, and she is treated like an animal. Blindfolded and gagged, Lauren has no idea what is going to become of her, or if she will ever get out of the mess she has found herself in.

Karma has finally caught up with Lauren Ashford, but is this the end, or can someone out there help her? Are there men strong enough, or even brave enough, to face up to her captors?
When the toughest drug lords from Philadelphia come crashing into her kidnappers’ motorcycle club's cabin, they find a beautiful girl chained up to a wall and made to live like a dog on the hard floor. She’s not the only one, though: beside Lauren, there are two other girls. Even these hard criminals can see that this isn’t right. In their world, women are treated with respect.

From here, Lauren is given the greatest gift. To go home. Once back in the UK, Lauren is under the protection of the UK Kings of Rebellion crew and is shocked to find that even though they are dangerous, they treat her so much better. One of these men is Brandon, the oldest son and next in line to take over the family business. Is this the man that Lauren needs? Or do her old habits of being a “do now, think later” kind of bitch, come back to bite her in the ass?

One thing is for certain, the president of the motorcycle club, who took her, wants her back...
https://www.goodreads.com/book/show/23636009-karma?from_search=true&search_version=service_impr - Add To Goodreads 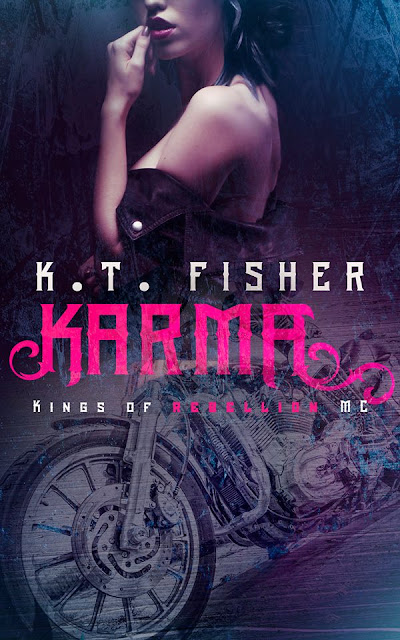