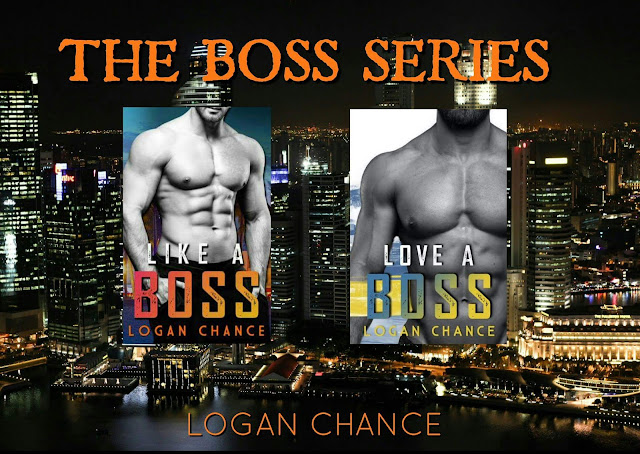 This was the second book in the Boss series by Logan Chance, it continues Penny and Theo's story from Like a boss.

Sometimes follow ups to books aren't as good as the first book in a series, but that wasn’t the case with this book. At the end of book one we were left with a jaw dropping cliffhanger. How can I I write a review without spoilers, bloody hard thats how Lol.

This sequel was more intense than the first book and the sexual tension was high between Theo and Penny they try to deny it but its plain as day they need each other like they need air to breath.  Will they sucome to the sexaul tension that sizzles when they are near each other? Well you will have to read and find out 😜.
Dex is a complete and utter jackass, and karma will bite him in the ass. There is a scene where Penny speaks to Dex, I thought she should of kneed him in the balls and sent him jumping.

I really enjoyed this sequel, I loved the chemistry Theo and Penny have . Penny's father  is a bully and Dex is a total prick I really hated him.

Logan is a brilliant author and this was a awesome sequel to his debut book like a boss. Logan was a new author and he became massive with the readers in the indie world.He has a massive following on social media. I can see why everyone is talking about Logan and his brother Jacob chance, they are open and always interact with their readers. Logan is one author  in particular to watch out for, hes a talent writer with a big career ahead of him in the publishing world.  I Highly recommend you read this book, Love a boss but make sure you read like a boss first or you will be confused as hell.