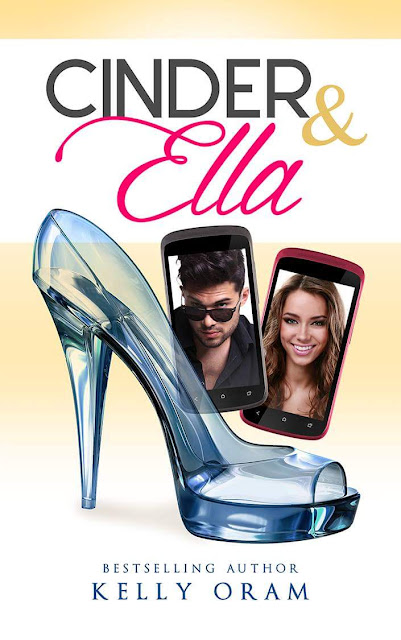 Cinder: How did you come up with cinder458 for
you secret identity online?

Both: What was this first thing you said to each other
when you met online for the first time?

Ella: I believe he called me a pig-headed, naïve,
feminist romanticist.

Cinder: To which I’m pretty sure she responded with
typical, shallow, close-minded, pervert. It was definitely
love at first fight.

Ella: What did you think of your new stepmother and stepsisters when you met them? And  how are things with them now?

It was hard not to judge them. A lot of my problem was that I’d already had an idea of who they were before I met them, and then they lived up to every expectation. Things were very difficult between us at first, but they’ve slowly gotten better. Juliette is my closest friend now. I really do consider her a sister. My relationships with Ana and Jennifer will probably always be a little shaky, but they’re definitely better than they were. 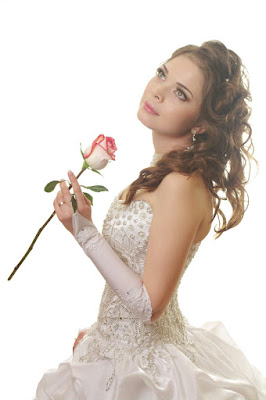 Cinder: Why did you detest the idea for a fake romance
with Kaylee when it was suggested even though you
two hooked up?

Have you met Kaylee? The idea of a fake engagement at all was loathsome in itself, but Kaylee is the spawn of Satan. Sure I hooked up with her once—she’s hot. But I realized that was a mistake as soon as I sobered up. I’ve regretted it ever since. She’s a nightmare.

Both: How did you feel when you spoke for the first
time to one another?

Cinder: It would have been a lot more exciting had the circumstances been a little different. I’d wanted to talk to Ella for years, but when I finally asked her to call me I was so worried about her, the concern trumped the excitement. I was so afraid that she wasn’t okay, and just wasn’t telling me. That said, the first time I heard that adorable little Boston accent, I was a goner. I could have stayed on the phone with her forever.

Ella: It wasn’t funny. I wanted to kill them all. But with one simple sentence Brian made me laugh and all my nerves melted away. After that I was simply talking to my best friend and it felt like I’d talked to him a thousand times before. He has a gift for cheering me up and making me laugh.

Cinder: How did you feel when you didn't hear from Ella for months and then out of nowhere you have a message?

I can’t even describe how I felt then. Losing Ella devastated me. I wasn’t the same person after she disappeared. I’d lost a huge part of me that I didn’t think I’d ever get back. When she wrote me that first email, it was as if I’d been standing directly beneath a giant meteor as it pounded into the earth. I was lucky I didn’t die from the shock. And at the same time I’ve never been happier in my entire life.

Ella: Did you have any ideas as to Cinder was Hollywood heartthrob BRIAN OLIVER?

No. I suppose the thought should have at least crossed my mind once or twice after what he did for my birthday, but who would have ever thought their best friend was a celebrity? The idea was so absurd that I simply chalked it up to impossible. 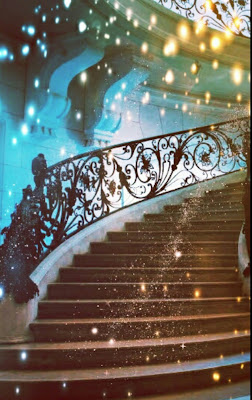 Ella: What do you think your mother would of thought of Cinder if she met him?

She would love him. I know she would. She was such a dreamer and always wore her heart on her sleeve. Our story would have been the stuff of fairy tales and she’d have been completely swept up in it. Plus, the only thing she’d ever require of my boyfriends is that they love me and treat me with respect. Brian goes above and beyond with that.

Cinder: Why did you reject Ella's friend’s idea
to meet up in person?

Because of Kaylee. She’d threatened to make Ella’s life miserable, and I didn’t doubt her for a second. She’s evil and capable of doing a lot of damage. Ella had been through so much and I knew she was struggling with a lot of things in her life at the time. I had no doubt that Kaylee would throw Ella’s losses in her face and probably do it publicly. As much as I wanted Ella, I couldn’t do that to her.

Ella: How did you feel when Brian posted that birthday message online before you found out it was cinder?

I was shocked! I mean Brian Oliver was tweeting my review!!! How crazy is that? I was so excited! As a blogger having a celebrity comment on my review of his movie was a dream come true. But then he went crazy with tweet after tweet. It was the craziest thing that had ever happened to me.

Cinder: How did you feel about Rob when you first
heard about him going out with Ella?

*snort* I was in love with Ella. How do you think I felt about it? I hated it. Of course I wanted her to be happy, and I knew she didn’t have a lot of friends. Not to mention to her, I had a girlfriend so I had absolutely no right to be jealous. But I was. I hated him. I didn’t want him anywhere near her.

Ella: How did you feel when you realized that
Brian was your cinder?

Horrified. Heartbroken. It was a shock, but at the same time it made so much sense. As soon as I was able to process the truth, I realized that he was a rich, gorgeous, famous actor that was engaged to a supermodel. I knew he’d never want someone like me. I was sure I’d just lost my best friend because things could be the same between us anymore, but he wasn’t going to give up his fiancée for me.

Cinder: What was going through your head when Ella
showed you her burn scars?

Not to sound like a parrot, but I was horrified and heartbroken. Not that Ella’s scars horrified me, but I hurt for her. I couldn’t believe she’d had to endure so much pain and suffering. I hated the fact that she had to deal with something so tragic. And I could tell what she thought of herself. The look on her face as she waited for me to call her damaged and reject her broke me. She’s so beautiful. She should never be self conscious about anything, ever, But I didn’t know how to make her believe that. I just wanted—no, I needed—to take her pain away.

Both: How was your first kiss and how did it make you feel?

Ella: It was perfect. I was in the most emotional moment of my life and then he was there, proving how much he cared for me. That kiss completely unraveled me.

CINDER: It was the best kiss I’ve ever had. For one thing I wanted it more than I’d ever wanted anything in my life. But I’d also cared more about Ella than I’d ever cared for anyone. I’ve kissed a lot of women but that was the first time I’d ever kissed someone where it meant so much. It was a whole new experience for me. It was terrifying and thrilling all at the same time.

Both: When did you realize it was true love for you?

Ella: I’d known for years. I knew I was in love with him long before my accident, but I always told myself it wasn’t really like that. I had to try to convince myself my feelings weren’t real because he was a stranger and he lived so far away that I knew we’d never meet.

CINDER:I admit it took me longer. I didn’t realize how much I depended on Ella until she disappeared. It honestly broke me and I was forced to admit that she’d been the best thing in my life—the best part of me. But it wasn’t until she wrote me back for that first time that I knew how much I felt for her. I think my heart did a somersault in my chest. All those months I’d been dead inside, just going through the motions, were erased in an instant.

Cinder: What you said on national TV was the most sweet and romantic thing ever. What made you decide to do this?
And What is the most romantic thing besides this have
you done since for Ella?

Well, the fairy tale Cinderella thing was something my new management firm helped me come up with. But when I went out of that stage for that interview, all I knew was that I needed Ella to know the truth. I needed her to know exactly how I felt and I knew that moment was my only shot to win her back.
To be honest, I don’t even remember everything I said
in that interview. I simply spoke from the heart and prayed she’d hear me.

Ella: how did it feel to be on the red carpet?

Scary. I don’t like it. Brian is worth it, but I could definitely do without the fame.

Cinder: What were you thinking when you saw your princess had come and was standing on the red carpet in front of you?

How long until this movie is over and I can get her alone?

Both: What is next for you both? Babies? Wedding bells?

CINDER:I’m sure we’ll get to those things eventually, but for now we’re just enjoying each other.

Ella: We’ve known each other forever, but it’s a whole new thing to be real-life friends, and our relationship is brand new. We need time to let it evolve from the friendship it was into something more than that.

Cinder: Right now, I’m just working on the Cinder Chronicles movies and Ella’s started college at USC. I’m a little jealous. I tried to get her to move in with me, but with her disability, it was a lot easier for her and made a lot more sense to have her live in the dorms on campus. It’s cool though. I spend a lot of time on campus with her and it’s giving me a little of the college experience even if I don’t have time to attend myself.

Both: How does it feel to have the happy ever after
of your own fairly tale?

Ella: Unbelievable. There are still days where I have a hard time believing it’s all real and that I’m not going to wake up.

Brian: What she doesn’t realize is that I feel the same way most of the time. I don’t deserve her, but I’m glad she sticks with me. 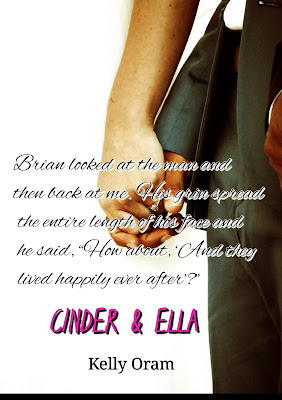 PLEASE GO CHECK OUT THIS MODERN DAY TWIST ON CINDERELLA.
Any photos use on this blog are from stock photos created by myself and photos given by the author.
Posted by BLOGL.MEVANS