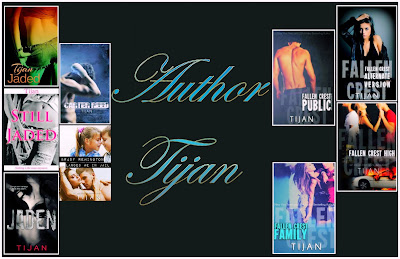 How are you, Tell us a little about yourself?

I’m good. I’m never sure what to say about myself. I’m pretty private. I have a dog and a fiancé and I live a quiet life.

How would you describe your book(s)?

It’s mainly New Adult. I’d like to write a light-hearted comedic novella with another author, but who knows if that will happen. I have one dystopian novel in my head so that might see the light of day too, but generally new adult and a few mafia books too.

Share with us a quote from one of your favourite characters?

Oh man. There’s a lot. I love the one-liners from Logan.

Is it hard to come up with new ideas and / or plot's?

NO! I have so many in my head that I can’t handle it. I do not ever need ideas for novels.

Who is your favourite actor?

I think Jensen Ackles from Supernatural is just yummy.

What inspired you to write your book (s)? 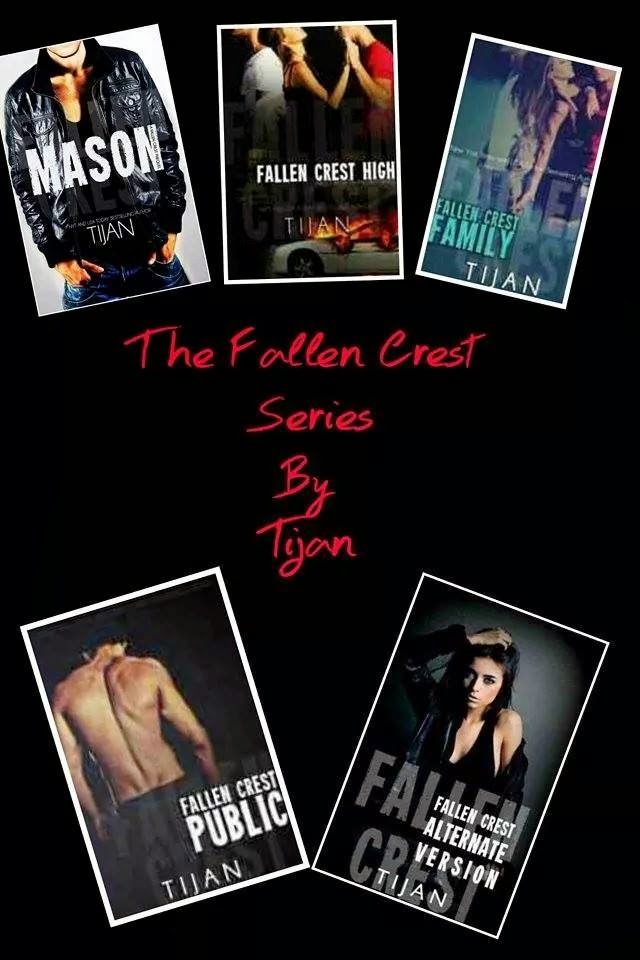 No one. I never thought I was a writer until I literally had to a get storyline out of my head. Once I started, it clicked and I knew this was what I wanted to do, but until that day happened writing a novel had never been a thought for me. Although, I think I joked about writing a book in college for money and my roommate looked at me like I was nuts. That idea lasted for three days. I felt dumb, which is funny to me now.

Who is the easiest character to write and why? Hardest and why?

Easiest? Probably Mason now and I don’t know why. Hardest might be Carter because he holds so much back.

Are your characters based on real people? People you may know on TV / Movie stars?

Without giving anything away, what is/are your favourite scenes in your book?

There’s some scenes in the new version of A WHOLE NEW CROWD that have gotten me excited while I wrote them. I have no idea if others will like them, but I do. The waterfall scene and there’s a knife-training scene that I enjoyed.

What is up next for you?

Writing, always writing. I work on a lot of books at the same time so that’s a hard question to give a definitive answer for.

I used to draw a lot. That takes up time, though, so I haven’t done much of it lately.

When did you start you start? What was your first piece? First published piece?

I started after undergraduate college. I wrote a ton and posted online because I was teaching myself how to write. I really didn’t know before that, but I think it’s because I didn’t pay attention in schools. First published was Jaded, A LONG TIME AGO!

Do you have any favourite books? Authors? Movies?

Lots, but nothing real specific. My most specific thing is that I think Will Ferrell is hilarious.

Probably just the ones I write, new adult. If I ever write that dystopian one, I think I’ll love that.

I think because I write new adult, I don’t read it much. I’ve been migrating more towards paranormal and I loved the Hunger Games books.

Who or what has been your biggest literary influence?

How about characters? Are they easily born and developed?

They are easily born for me. They just are…usually.

Do you ever find yourself a struggling writer?

Um, I’m not really sure what this question is specifically about. I think the most I struggle with is just getting all the books out that I want to write. The other thing I struggle is not letting all the opinions and suggestions from everyone else on how to write my books get into my head.

How about how long does it take for you to complete a novel, from concept to completion?

This varies. A few days to write a good timeline and if I don’t have any other commitments, I can get a novel written in a few months.

Lol—do you not follow me? OF COURSE! Then I usually end up posting for free reading and sometimes I might even publish that if enough have requested me to do that. Yes, I’ve scrapped entire novels and started all over again.

I get the most done just in my office. Having coffee with me is a key ingredient too! As for special times, it varies too. I write better during the days, but if I have to get really deep and emotional, I save those scenes for night-time.

I can’t think of any right now.  I’m sure there are some. I do a lot of dumb things like getting irritated because my headphones weren’t blocking out the sounds from downstairs and then I realized later that I didn’t even have my headphones plugged into the computer. That was a good one. Lol

Which of your books would you like to see made in to a movie?

My word, that’d just be awesome to have ANY made into a movie. However, I really doubt that will ever happen.

It was surreal for me. When I published Jaded, it sold because of all my readers that followed me from Fictionpress bought it, but that tapered off. I was just happy any time I got a pay check. I thought it was the coolest thing ever, and then Fallen Crest High took off two years later I started to be able to financially support us from that money and that’s like a dream come true. Doing what you love, it meant a lot, but it took me awhile to get there.

Write because you have to write, not because you’re hoping to become rich.

What is the worst job that you have ever done and why?

Lol—my worst job was probably when I was a buffet server. I thought I was applying for a job that would be in the kitchen and I would help fill the buffet, but she hired me on the spot to be a waitress. I am just not very good at being fake. I didn’t last very long at that job.

Oh my god. All the time! I type them out as soon as I can or write them down on anything that’s closest to me. I spent hours and hours writing on napkins at one of my jobs.

How do you overcome writers block?

You push through it. I’m not normally blocked, but if I feel a wall, there’s usually a reason. I’m not feeling it or I’m trying to force something. I just stop and re-evaluate or work on a different storyline.

Can you write on demand and under pressure, or do you need time and space before the creativity starts to flow?


Are there any places in the world you would love to do a book tour that you have not yet had a chance?

I’d love to go to Europe, but since I’m footing the bill, that’s a tad bit expensive for me right now.

What is your favourite Food?