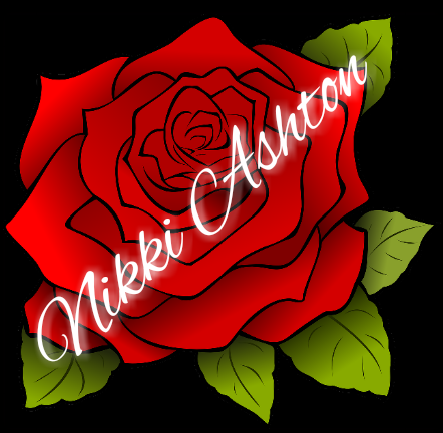 
Hi Nikki, can you tell us a little about yourself and your work?

My name is Nikki Ashton and I live in Cheshire with my husband, mother-in-law and two dogs. I work part-time as a trainer for a software company, and write romantic comedy the rest of the time. I've written eight romcoms, but have recently finished a contemporary romance, which is new for me. It's also my first book set in the US and not the UK.


Why did you choose to write in your particular field or genre? If you write more than one, how do you balance them?

I chose romcom because that was the genre I always used to read-along with being my favourite type of film. I also like to make people smile and have an out of control mouth and smutty sense of humour, so it was inevitable that would be my genre. I have just started writing contemporary romances too. I think that came about because that's the main genre that I read nowadays. So, after 8 romantic comedies I am going to concentrate on contemporary for a while. They will be a series of three books called the Connor's Ranch Series. Maybe once they've finished I'll be ready for some light relief again. 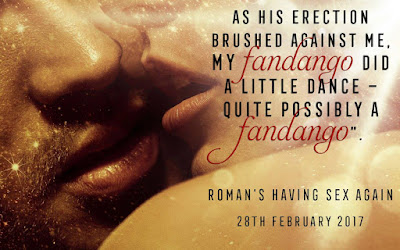 That I actually had more than one story in me. My first book was probably far too long. I didn't think I'd ever write another one, so threw everything into it. When the story for my second book came into my head, it was a huge surprise. 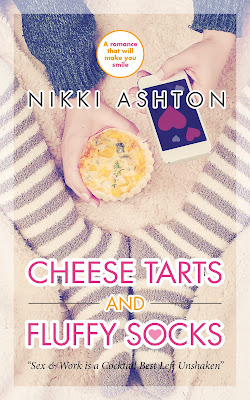 I'm sure there must have been one prior to this, but the one I recall making me cry is Falling for Hadie, by Komal Kant. I cried like a baby, but not as much as when I read Carnage by Lesley Jones; that book broke me.

Expecting your first novel to be a best seller. You need to build your audience and only a handful of people will have a first book that takes the world by storm. - we can't all be EL James.
Never give up hope because it might take a month, a year or
ten years for people to recognise your ability as a great story teller and writer.

What has your experience been like as a indie author? Bruises, highlights, lessons.

I've had mostly positive experiences as an indie author, barring a few barbed comments from people who think because you're an indie author it's 'just a hobby'. Some times you get the odd person who doesn't want to help you, or share their experience, but generally the author world is full of amazing people. The biggest lesson that I've learned is be good to people, engage with your readers and never think you're better than you actually are. It's a long drop down there. 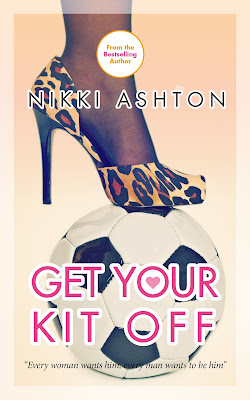 I think having a big ego has its plus and minus points. It can get you noticed because if you tell enough people you're amazing then you'll get noticed- you've just got to make sure your books live up to expectation. However, no one likes a big head and it can turn readers and other authors off and ruin your reputation. I think you have to try and get a balance of promoting yourself yet be humble too. I know I'm no one special, I just write for a living, and while I hope to make people smile I'm not saving lives.

Facebook and internet shopping. I can get very easily distracted by a cute dress or a pair of heels, but usually it's Facebook pictures of Jamie Dornan and Micah Truitt that stop me writing. 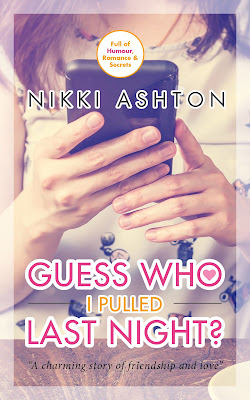 No never. I'm a bit of an attention seeker, so like people to know what I do, lol. Maybe if I wrote books that I didn't want my mum to know about, I might.

Get an editor and proof reader for Guess Who I Pulled Last Night? I've been very lucky that book has been successful considering the errors in it. 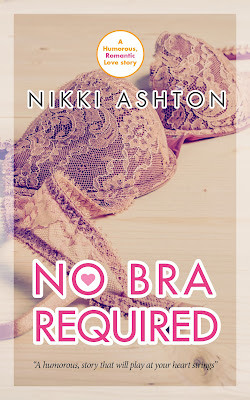 Ooh that's a difficult one. All my leading men are hot, but are totally loved up with my leading ladies, so I couldn't really pick them as much as I'd love to spend the day just gazing at the members of Dirty Riches. It would therefore probably be Molly, from Get Your Kit Off. She's a player liaison officer for a premiership football club and has to deal with all sorts of weird and wonderful situations. I'd love to work with her for a day to sort out Tino's Llama issues! 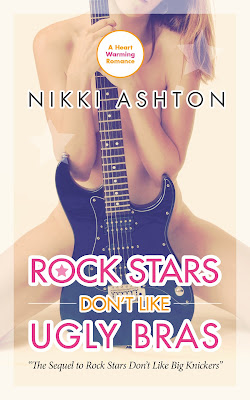 What was the best money you ever spent as a writer?

My Editor - I might not always agree with them, but they know their stuff and a good debate on whether a character should change or even be left out does one good. Equally the best money ever is paying for the services of Laura Barnard, at Bunny Author Services. She does all the things I'm rubbish at because I'm so disorganised, and she does them brilliantly. She contacts bloggers, schedules takeovers and will even order your swag for signings if you need her too. She still finds time to write her own books too - she's amazing.

How do you balance making demands on the reader with taking care of the reader?

Writing romantic comedy makes that fairly easy, because everyone wants a happy ending with some laughs along the way. I did kill a character off once and got a little bit of stick for it, but it was pivotal to the plot so I stuck by my decision. Contemporary romance is harder because there is usually a lot of angst along the way, and death and destruction if often expected. I tend to write what I feel and just hope that I've done a
good job for the reader and that they're happy to come along for the ride. 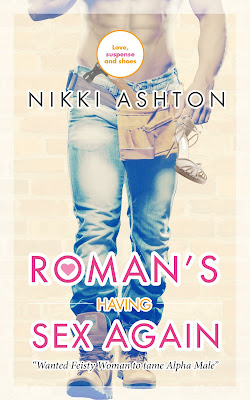 How many unpublished and half-finished books do you have?

None. I did have one which was unpublished for 15 years,
but that was my first self-published book, Guess Who I Pulled Last Night?

No I don't. I've been lucky enough to like everything
enough to want to publish it. 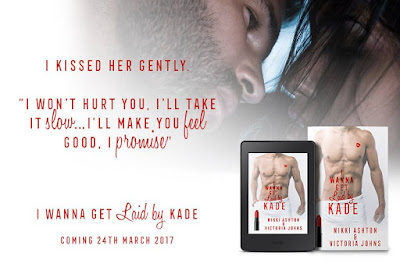 Social media is extremely important, as is getting a good relationship with bloggers and readers who will help you to market your book. I also think a stand out title and cover help.

What’s the most difficult thing about writing characters
from the opposite sex?

Understanding the male mind!! I have the most bizarre conversations with my husband so that I get it right. I do like to write the ideal man though, so it's usually the physical aspect of certain situations that I need help with - if you know what I mean :-) 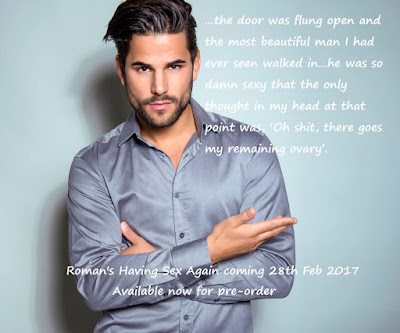 What period of your life do you find you write about most often? (child, teenager, young adult)

My mid-late twenties because they have happy memories. Not that my other years weren't, but I pretty much felt most fulfilled then. I was newly married, had a great social life and none of the worries of where I was going and what I was going to do with my life- I was simply enjoying it

They often just come into my head after writing down their description. Some are names I would have called my children had I been lucky enough to have any, and some are colleagues who asked if they could be in a book.

Do you read your book reviews? How do you deal
with bad or good ones?

I do and I must admit I deal better with bad ones much better now than I used to. If a bad review is constructive I try and learn from it, but when you're given 1 star because they didn't like the names of the characters (I really did get that one), then I don't take much stock of them.

Do you hide any secrets in your books that only
a few people will find?

No not really. In Guess Who..? a lot of the scenes in that really did happen to me and my friends, so I'm sure my mum was a little shocked. Sometimes I will put a joke in there that only friends or family will understand, but that's all. 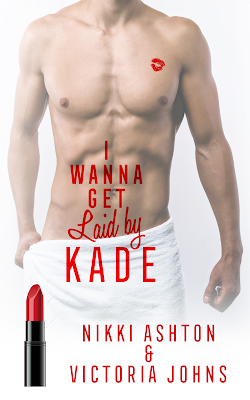 That would have to be when one of my characters went to see her dead father in the Chapel of Rest (won't say which book or it will spoil the plot). It was hard because it was based on my own experience of seeing my dad. Sometimes though you have to lay yourself bare to write a good scene, no matter how hard it is.

Only once when I was slated in a Goodreads review for naming my character after a real person who'd been in the news for dying tragically. They'd said I'd done it so that I could move further up the Google search. I had no idea that the name was real, but what made it worse was that my character had the same profession as the poor lady who had died. I do now Google my characters names, just in case. 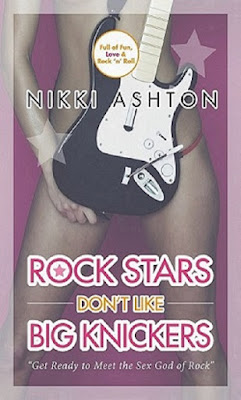 What was your favorite childhood book?

The Magic Faraway Tree by Enid Blyton. I loved the imagery and idea of it. I also loved all the Naughtiest Girl is a Monitor books and really wanted to go to boarding school and eat peppermint creams - that's all they seemed to eat!!

Does your family support your career as a writer?

Yes they do, they are hugely supportive especially my poor husband who has to hear tap, tap, tap coming from the corner of the room every night. He's fantastic though and is very proud of me, and makes sure I stop writing at a decent hour

I'd have listened and attended more of my English language/literature A level class. I have to be honest college was just a means to get into the best parties for me.

It really can change from book to book for me. Some stories flow better than others. My first book in the rancher series only took me about five weeks, whereas the book I have coming out in February, Roman's Having Sex Again, took almost five months.

I don't call it writer's block, I call it a 'quiet day' because the voices aren't so talkative. I write something nearly every day, even if it's just one or two lines, that way I don't have those stress levels because I haven't written anything.