THE NEXT GENERATION OF MITCHELL MEN AND THEIR GIRLS- JAKE, JAX, REESE & AMBER INTERVIEW 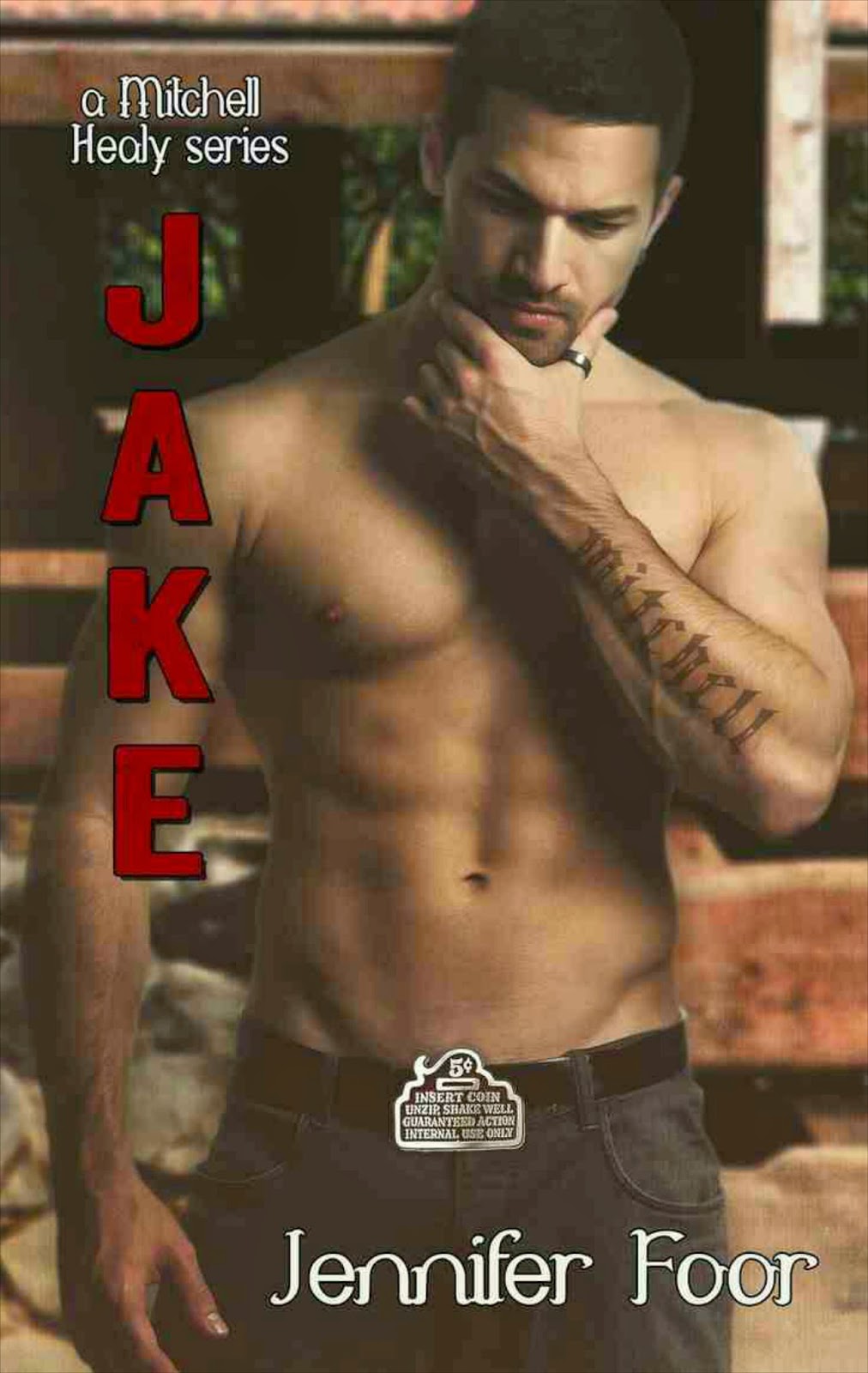 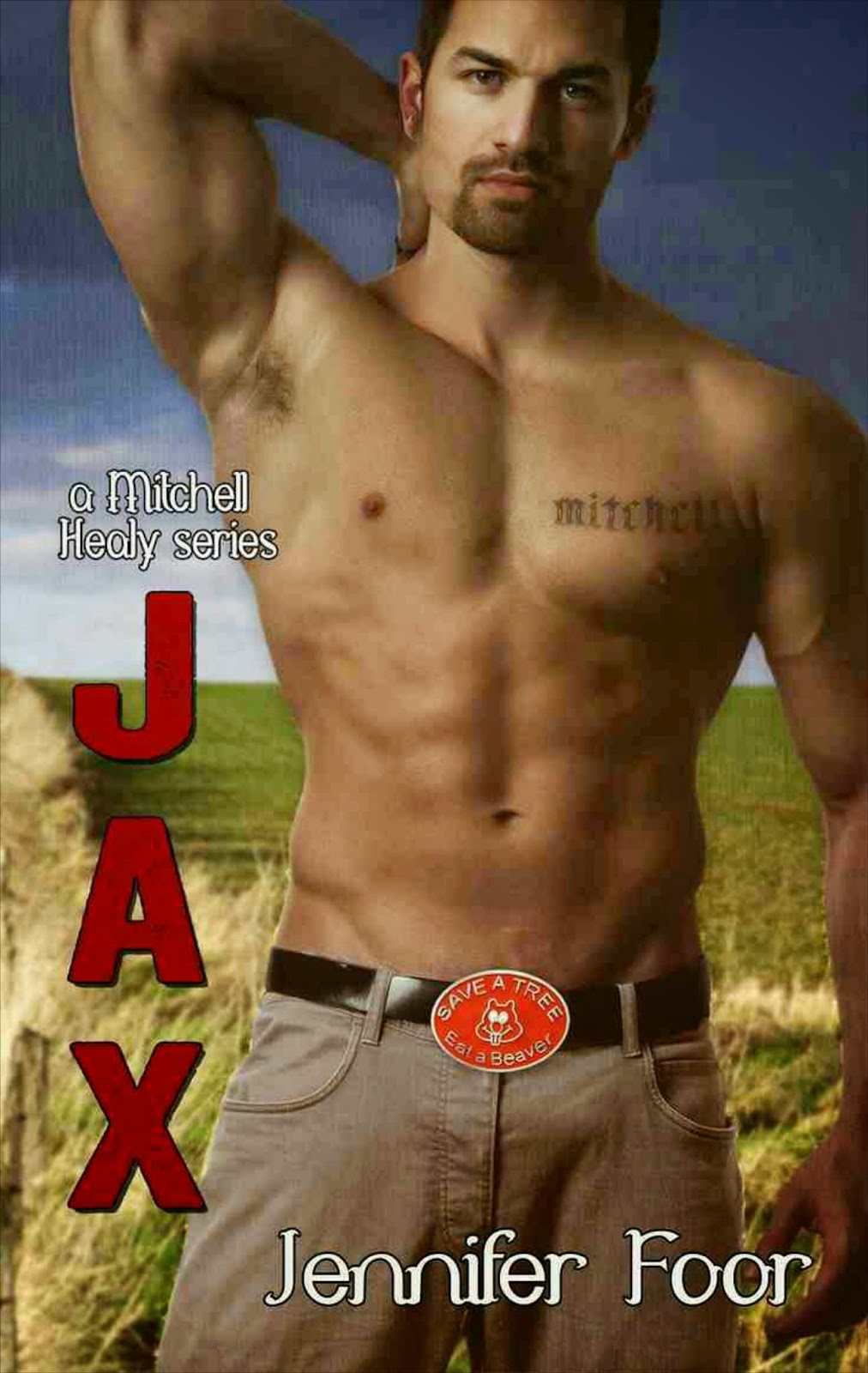 HI GUYS THANKS FOR JOINING  US TODAY.HOW ARE YOU ALL?

JAKE/JAX: YOU WERE THE PRANKSTERS ALWAYS PLANNING  THINGS ON YOUR COUSINS AND SISTERS. WHAT WAS THE BEST PRANK YOU EVER PULLED?

Jake: The upper Decker is always a favorite of mine. Let’s see, I’ve streaked, put chocolate skid marks in all of my brother’s boxer briefs, Filled the conditioner container with butter, greased the hardwood floors at the house, oh and one time I spray painted the dogs legs and tail.

Jax: He didn’t do it alone. Don’t let him take the credit for that shit. One time I took a picture of my ass, made copies and posted them on all the doors of our dorms for weeks.

JAKE: YOU WERE REAL NASTY TO REESE IN THE BEGINNING. HOW HARD WAS IT FOR YOU TO HIDE YOUR TRUE FEELINGS AND WAS IT HARD TO TELL HER ?

*looks over at Jax before responding*

Jake: It’s a hard topic, especially with him sitting here next to me. Jax is my brother and I fucked it up, because obviously I couldn’t control myself. I don’t regret being with Reese, but I hate that I hurt my brother.

Jax gives him a wet-willy in the ear*

Jax: It’s all good. Have you seen my fiancée?

REESE: HOW DID YOU FEEL WHEN JAKE FINALLY  TOLD YOU WHY HE WAS SO NASTY TO YOU? WHAT WAS GOING THROUGH  YOUR HEAD AT THAT MOMENT?

Reese: I was taken by surprise, but finally understood why he’d pushed away. It made me think back to all the times he had to sit around watching me with his brother. I don’t regret being with Jax. I’ll always care about him, but when Jake came clean I was instantly drawn to figure out why he kept drawing me in. He is literally the man of my dreams.

Jax: Honestly, I thought he was pissed that I had a girlfriend.

REESE: HOW HARD WAS IT FOR YOU TO CHOOSE  BETWEEN  THESE TWO BOYS, KNOWING  WHATEVER  YOU DECIDED ONE OF THEM WOULD GET HURT?

Reese: People think it was easy for me. They didn’t know how much it hurt to know I was tearing them apart. For a while I wanted to push of them away, not because it was what I wanted, but because I didn’t want either of them to suffer.

JAKE:HOW DID YOU FEEL KNOWING  YOU DID THE UNTHINKABLE  AND MADE A MOVE WITH YOU BROTHERS GIRL?

Jax shakes his head and laughs

JAX: YOU WERE SO HURT  YOU FLED TO YOUR AUNT AND UNCLES,BUT BEFORE YOU DID . YOU  REUNITED JAKE WITH REESE WHY DID YOU DO THAT AND NOT JUST TRY AND GET YOUR GIRL BACK?

Jax: I didn’t want her back. They could have each other. I was so pissed at him, but if he wanted her that bad he could have my sloppy seconds, and trust me, they were pretty fucking sloppy.

REESE:HOW DID YOU FEEL WHEN JAX REUNITED YOU WITH JAKE?

Reese: Reluctant, happy. I don’t know. It was bittersweet. I wanted to be thrilled, but then Jax left and I watched Jake wither away. Since they’ve reconciled it’s been better, but not a day goes by where he doesn’t wish things could have gone differently.

JAKE: AS A DEPARTING GIFT JAX REUNITED  YOU WITH REESE  WHAT WAS GOING THROUGH  YOUR  HEAD AT THE TIME?

Jake: Shit, I don’t know. I was excited, but destroyed. I thought about pushing her away, but what good would it do? The damage was done. I lost my brother. I don’t even like thinking back to that time.

JAX:YOU LEARNED TO LOVE AGAIN AFTER YOU LEFT HOME WITH AMBER. WAS IT HARD  TO TRUST ANOTHER GIRL AFTER WHAT YOU WENT THROUGH  WITH REESE?

Jax: Loving Amber was the easiest thing I’ve ever had to do in my life. It was effortless. We needed each other.

JAKE/JAX : HISTORY  HAPPEN TO REPEAT IT'S SELF LIKE YOUR FATHER SAID HE WENT THROUGH  IT WITH YOUR UNCLE COLT. WHAT DO YOU THINK ABOUT THIS?

Jake: Dad thinks he knows everything about everything.

Jax: Yeah, we take it with a grain of salt. It’s too weird to think about.

AMBER: WHAT DID YOU THINK OF JAX  WHEN HE TRIED TO CRACK ON TO YOU?

Amber: looks over at Jax and snickers* He teases me because he loves me, and knowing that makes me the happiest woman alive. I love that about him.

JAX:WHEN DID YOU KNOW YOU FELL IN LOVE WITH AMBER AND SHE WAS 'THE ONE'?

Jax: Early on. Maybe when I saw her naked. Amber shoves him*

Ok, just kidding. It was in that first week for sure. The more she needed me the more I wanted her. Then I got to know her, and there wasn’t anything I wanted to change. She was absolutely perfect. leans over to kiss her*

AMBER: DID YOU EVER THINK JAX WAS JUST ON THE REBOUND AFTER REESE CHEATED  ON HIM. AND HE MIGHT OF BEEN JUST USING YOU ?

Amber: Maybe at first. Then I realized I was getting to know a part of him that nobody else did.

REESE:WERE YOU JEALOUS WHEN JAX MOVED ON?

Reese: Amber is the whole package. I was more jealous of her perfection.

Amber looks over at Reese* “shut up! You’re gorgeous”

AMBER/REESE: DO THE BOYS HAVE ANYTHING  ANNOYING  HABITS. THAT GET ON YOUR NERVES?

Amber, Jax clips his toenails while we watch TV. We also eat dinner there. It’s disgusting.

Reese: I think I have the bad habits in the relationship.

JAKE/JAX: DO THE GIRLS HAVE ANY ANNOYING  HABITS?

look at each other

JAKE/REESE: WHEN WILL WE HEAR WEDDING BELLES FOR YOU GUYS? WHAT'S NEXT FOR YOU?

Reese: One day at a time for us.

AMBER: HOW DID YOU FEEL WHEN YOU FOUND OUT YOU WERE EXPECTING  JAX'S CHILD? DO YOU EVER WORRY HE MAY STRAY WITH SOMEONE  ELSE?

Amber: No. I don’t worry about that. Jax will be a great father to our twins. I’m sure of it.

JAX;HOW DID YOU FEEL WHEN YOU LEARNED YOU WERE GOING TO BE A FATHER?

Jax: Scared, nervous, happy, overwhelmed. Take your pick. It’s all sunk in now, and we’re both looking forward to what the future will bring. We’ve got a lot of help, and I’m pretty sure my model wife-to-be will be a great mommy. Breast feeding might freak my out at first. The idea of someone else sucking on her tits is just weird.

JAKE / REESE : DO YOU GUYS WANT TO JOIN  JAX AND AMBER AND BECOME PARENTS?

JAKE/JAX: NOW THAT THE PAST IS BEHIND  YOU, HOW HAVE YOU GUYS STARTED BONDING AGAIN? HAVE YOU PULLED ANY PRANKS LATELY?

Jax: Only on other people. We’re back to tag-teaming again.

AMBER/REESE: HOW ARE THINGS WITH YOU KNOW THAT THERE IS NO MORE JEALOUSY. WHAT DO YOU GIRLS DO FOR FUN WHEN THE BOYS ARE OFF DOING THERE OWN THING?

Amber: We shop, watch chick flicks, and stuff our faces.

AMBER/JAX: HAVE YOU GOT A DATE SET YET FOR THE WEDDING? AND HAVE YOU DECIDED ON NAMES FOR YOUR DAUGHTERS WHEN THEY ARRIVE?

Amber: We’re talking about a date for the wedding. As far as the girls names go, we’re undecided. It’s tough.

JAKE:HOW DO YOU FEEL KNOWING  YOUR GOING TO BE A UNCLE?  HOW DO YOU THINK JAX WILL BE WITH THEM?

Jake: My brother will be fine. He’ll freak out at first, but get into the groove quickly. He pretty much does whatever says anyway. I’m sure he’ll just let her boss him around some more. Jake flips him the finger

JAX/JAKE: WHAT DO YOUR FAMILY THINK OF THE WHOLE SITUATION  THAT'S HAPPENED WITH YOU BOTH?

JAX/JAKE : WHAT IS THE MOST ROMANTIC THING YOU HAVE DONE FOR YOUR GIRLS?

Jax: Everything I do is romantic. I’m like a fucking romance guru.

Jake: He’s full of shit. I make Reese dinner and we take walks in the woods a lot.

Jax: Dude, I give pedicures while naked, and performing the helicopter with my dick. You can’t top that.

ALL:WHAT'S NEXT FOR YOU ALL?

THANK YOU FOR AN AWESOME  INTERVIEW WE HAVE ENJOYED CATCHING UP WITH GUYS . 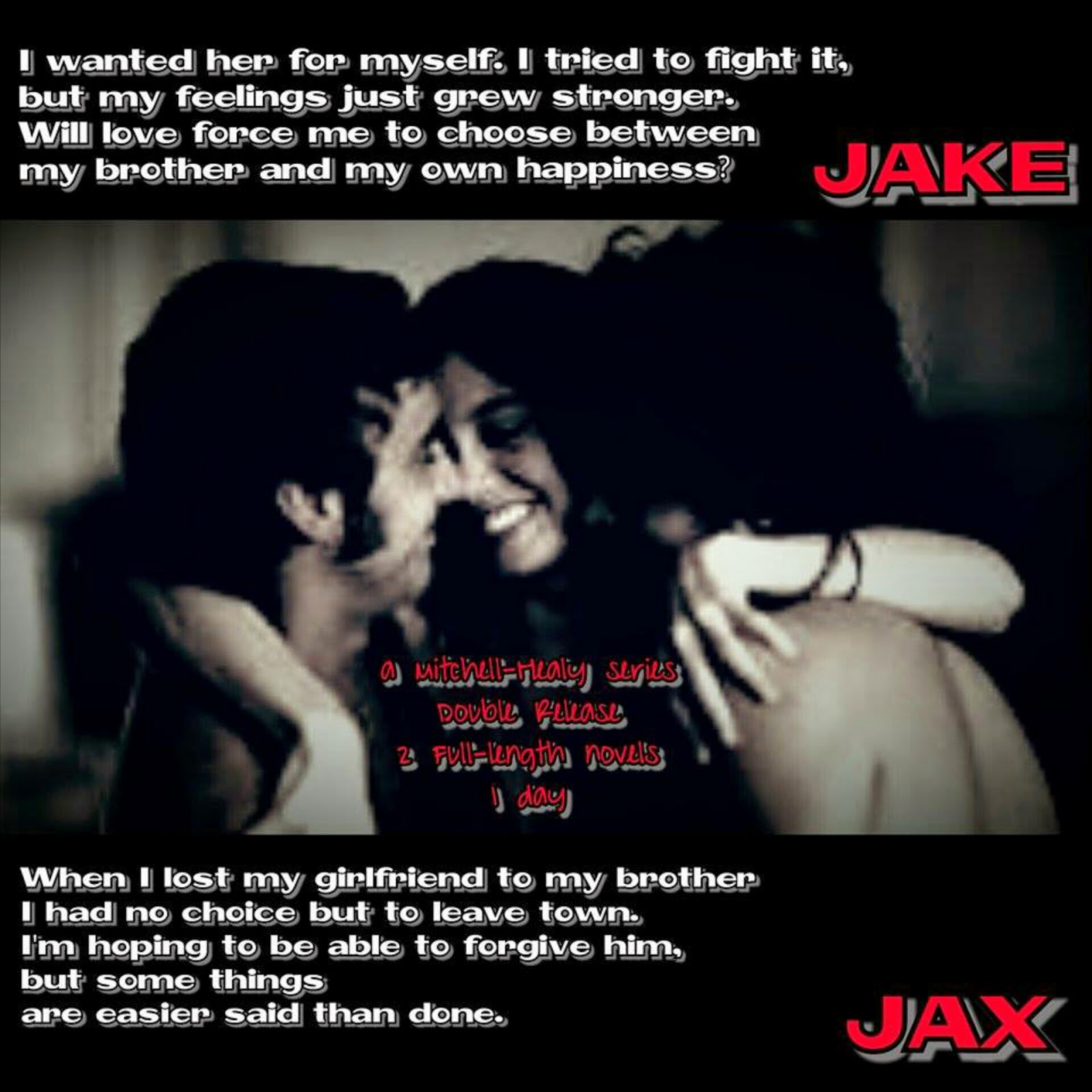