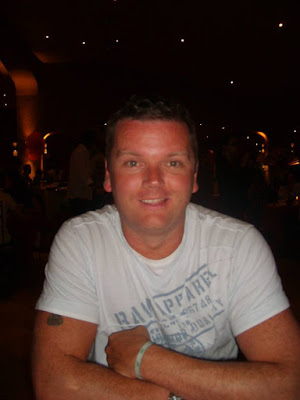 Hi Phil, can you tell us a little about yourself and your work?

I’m just a regular guy. I’m a father to Thomas and Jake, husband to Angie. I work as a Health & Safety Manager for a global organization. So you could say that I try to keep people alive during the day, but kill them at night. In my books I mean. Just to clarify.

Why did you choose to write in your particular field or genre?  If you write more than one, how do you balance them?
I’ve always loved horror. I love things that make people shiver and hide behind the cushions. We live in a world of social media and celebrities. I like the idea of a darker side to life, where foul creatures lurk. Lying in wait. 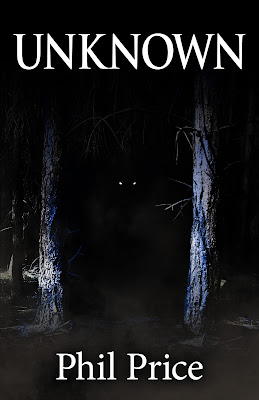 That I can write. And that I’m OK at it. My English teacher would be having kittens if she knew what I’d done. To be fair, she’s probably dead now. Lol.

What is the first book that made you cry?
It would be a book I read a few years ago. The Five People You Meet in Heaven, by Mitch Albom. If you’ve not read it I urge you to do so. A very moving book.

Confidence. I’ve talked to many indie authors over the last year or so, who do not believe in their talents. I think being an indie is tough because sales are modest and reviews can be few and far between for some. I say keep going. Keep believing. Anyone who can write a book has a gift that needs to be shared with the World. Time too. People’s lives are so full on these days. I myself struggle to write sometimes, due to time restraints. That, and keeping people alive of course ☺

What has your experience been like as an indie author?
Bruises, highlights, lessons.

It’s been brilliant. I’ve loved it. My main bruise was not being ready to release my first book. I had no social media presence at all (it’s still pretty modest). I was a bit green to the whole thing. Highlights have been the reading of some fabulous reviews from around the World. Plus, I’ve met some wonderful people. Friends who will stay with me for life. Lessons, I’m still working on that one. Ask me in five years time….

I’ve never really thought about that one. I honestly could not say either way. From what I’ve seen, writers are a self-deprecating bunch, wracked with indecision and doubt.

Distractions. Mainly my kids. But I have to work around them and my work. And my wife of course. ☺.

Did you ever consider writing under a pseudonym?
Never considered it. Maybe if I start writing erotica. I would have fun coming up with a pen name.

Don’t rush it. It’s not a sprint. It’s a marathon.

Probably Wilf. He’s a great character, if a little prickly. We could spend the afternoon drinking his homebrew. Sounds fun.

What was the best money you ever spent
as a writer?

Getting my book, Unknown published.

How do you balance making demands on the reader with taking care of the reader?

I suppose the only demands I have for my readers is to buy
my works. I’d like to think that the stories will take care of them, pulling them along for the ride. If I can achieve that,
I’m happy. If not, I’ll take whatever feedback my readers give me. Be gentle ☺

How many unpublished and half-finished
books do you have?
The second book in the Unknown series, The Turning is soon to be published. I am currently working on the third book in this series, along with a standalone sci-fi novel called, Zoo.

I have a load of erotica that I’ve not published. I’m still working on my pen-name. lol..

Up to now, Twitter has been my strongest ally. I have found it to be very helpful in spreading the word. Facebook is good, but nowhere near as good. Anything that I post on FB or my blog, is posted to Twitter. I guess launch parties may come in the near future too.

What’s the most difficult thing about writing characters from the opposite sex?

Knowing how they think and feel. Women are a wonderful race of primates, who have a tendency to baffle the s**t out of us blokes. I’d like to think that the female characters in my books are portrayed well. They are not an extension of me, in a wig ☺

What period of your life do you find you write about most often?
Probably the here and now. I have delved into my childhood and younger years too, plucking snippets of memories to use in my books. The far flung places in my stories are taken from my travels about the place, which is a handy tool to have.

Carefully I hope. Lol. For that, I do travel back to my childhood a lot. There is a character in my books, called Father Stephen. He is based on my local vicar growing up in Rednal, Birmingham. A big bear of a man, who was jovial and nice. Although I’m pretty sure the real Father Stephen never battled vampires. I hope.

Do you read your book reviews? How do you deal
with bad or good ones?

I do read them. They have been mostly great. A few indifferent reviews, and one bad one. You just have to take it on the chin. Not everyone will love your work, for whatever reason. How I make myself feel better after a bad review, is to think. “Not everyone liked the Shawshank Redemption, even though it’s one of the greatest movies ever.” Do you like it Louise?

Do you hide any secrets in your books that only a few
people will find?

Well, there is a secret doorway in the Lickey Hills that leads to a parallel dimension. Hopefully no one will find it. Apart from that I’ve not been that cryptic. I have included a few author buddies in my second novel. I won’t name them here. All I’ll say is that two are from America, the other living close to the Arctic Circle. Well, Newcastle ☺

A death scene in The Turning. I could hardly see the keyboard through the tears. It was a very emotional moment for me. No more spoilers though.

I just did. There is a golfer and a rally driver called Phil Price. Both richer and much better looking I’m afraid.

What is your favourite childhood book?

Either, Of Mice and Men, or Salem’s Lot. Don’t ask.

Does your family support your career as a writer?
Kinda. I think they see it as a hobby, not a career. We don’t really talk about it much. My main support comes from other authors. They are a fab bunch, constantly encouraging and helping me.

Well my first book took four years, with the sequel taking six months. So on average, two years or so. Sounds pretty lame doesn’t it…

No. I believe in writer’s tea break. Whenever I have gotten stuck, I just go away for a week or so, trying to play the chapter out in my head. Maybe I’m lucky.
Posted by BLOGL.MEVANS