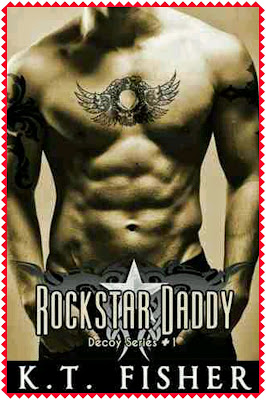 Kendal - How do you feel knowing that you tamed the bad boy jax?
I don’t know about Jax being a bad boy. When I first met him, he seemed like a good guy but I’ve heard from the guys that he was a little reckless when we weren’t together anymore. I don’t really like to think about those years too much. Right now we have each other again and I couldn’t be happier.


Jax- Do you have any regrets since that day Kendal walked away?

Of course I do. I wish that when she walked out of my door, secretly pregnant, I would have ran after her. I couldn’t get a hold of her or find her before the band left. I just wish that those years weren’t wasted, but I’m happy I finally have my family back.

Kendal- How did you feel when you held Jax's son in your arms knowing that you walked away from Jax for his career?

It was an emotional time and I’m thankful I had my friends and family there to help me. I felt terrible for what I had done and for the fact Jax had a beautiful son in this world and didn’t know a thing. If Jax hadn’t returned to London when he did, I know that I would have found Jax because Finley needed his father.

Jax- How do you feel now you know why kendal walked away?

I understand her a little more but I still just wish that she would have told me. I believe that I could still be where I am today if I would have been with Kendal and Finley.

Kendall- What was going through you head when jax met his son for the first time?

It was just like Finleys birth. Very emotional. I couldn’t stop crying, they were both happy and sad tears and I still feel guilty for what I kept from him.

Jax - How long has kendal held your heart for and do you think if you hadn't met up at the wedding you would of gotten over her?


I have been hooked on Kendal from the first time I saw her at the party. I was devastated when she left me and I never got over her. Even the guys knew it! I don’t think I would have ever gotten over her and if I hadn’t seen her at the wedding, I would have made sure I saw her again.

Kendall - How long have you loved jax for and do you think you could of moved on if you found love again?

I’ve loved Jax from before I was even pregnant. That’s why I did what I did, I really thought I was doing the right thing for Jax. I don’t think I could have really moved on with someone else, I wouldn’t have been happy with anyone else.

Both- What we're you thinking when Finley called Jax 'Daddy' for the first time?
Kendal-- I was such an emotional wreck.
Jax--It was one of the best days of my life.

Both- What did your friends think of the situation with you and Finley?

Kendal--Everyone knew I was doing the wrong thing by myself and Finely so they were happy when Jax came back.

Jax--They hated me for years because I wasn’t myself without her. I knew I had to get her back. So when I finally did, they were relieved I think.


Both - How has Finley settled now, does he get any bother/trouble coz his daddy is a rock god?

Kendal--Finley is as happy as he can be! He loves spending time with Jax he’s a real daddys boy now.

Jax-- No he’s still a mummys boy. (Laughing) Finley loves all the attention! It doesn’t faze him at all, the camera loves him.
Posted by BLOGL.MEVANS