Little Shop Of Horrors is a horror comedy rock musical by composer Alan Menken and writer  Howard Ashman, about a hopeless florist  shop worker who raises a plant that feeds on human blood and flesh. The musical is based on the low-budget 1960 black comedy film The Little shop of horrors. 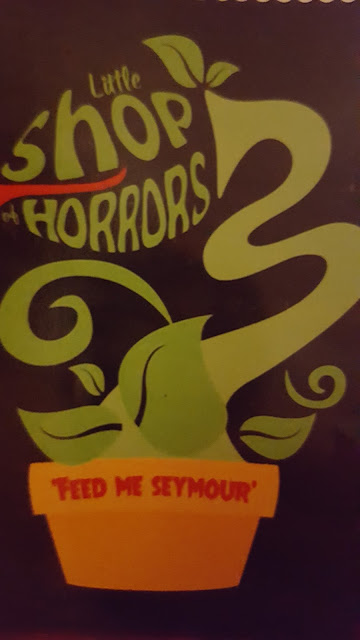 This was the second time for myself to see a play in the Red House I previously seen Grease with my daughter in 2016 . I had never seen the Little shop of horrors play before anywhere else so this was another new one for me.  I of course had seen the film many times before so I kind of knew the songs already so I wasn't going in totally blind.

The show did not disappoint, the sets were brillant and tbe cast were amazing. The acting talent within the show was simply phenomenal, we have so much talent in the local area, it's outstanding. The show was really funny and you couldn't help but sing along to the classic songs.  The whole cast were amazing but for me there was two stand out perfomers. Jac Ellis as Seymour and Ashley McGill as Orin Schrivello (The Denist).
Jac Ellis as Seymour was incredible, the voice and the acting skills on this boy for such a young guy is crazy. He has a bright future on the stage ahead of him. He also made me jump out of my seat with the plant, I swear i thought  the plant was going to land on my lap Lol.

The other stand out performance was Ashley McGill as Oriin Schrivello, OH MY FREAKING GOD !! From the moment he walked on the stage he had the whole room roaring with laughter. He owned it he belongs on stage. Ashley had me in tears from laughing so much, he should have his own comedy sketch show.

Well done to the whole cast and crew on stage and behind the scenes. The show was absolutely brilliant and you did Merthyr proud, so much talent on the stage tonight. Really hope to see more of you in future plays at the Red house.

ALL PHOTOS BELONG TO THE RED HOUSE MERTHYR TYDFIL.

(No copyright infringement is intended) 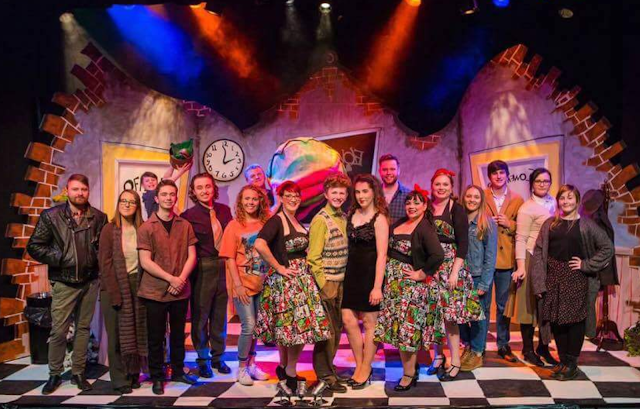 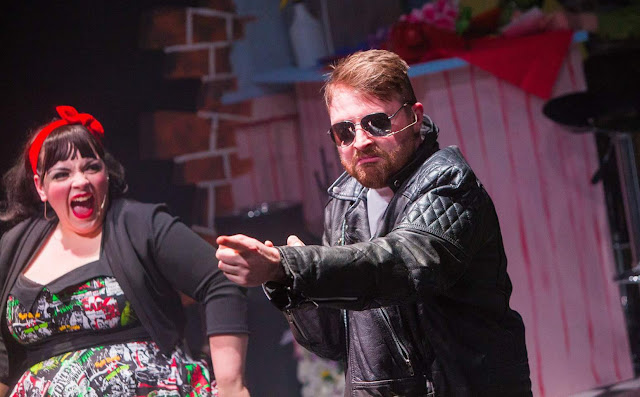 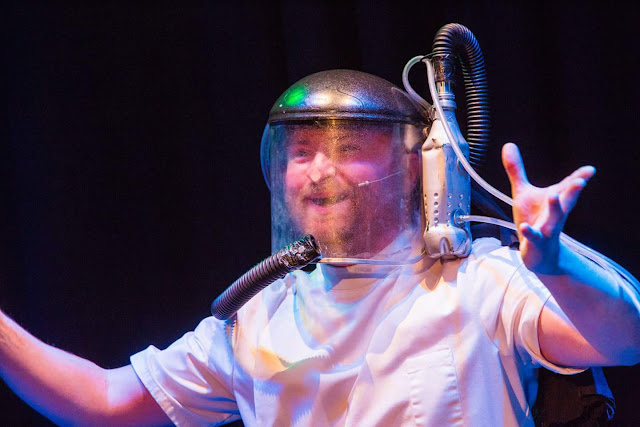 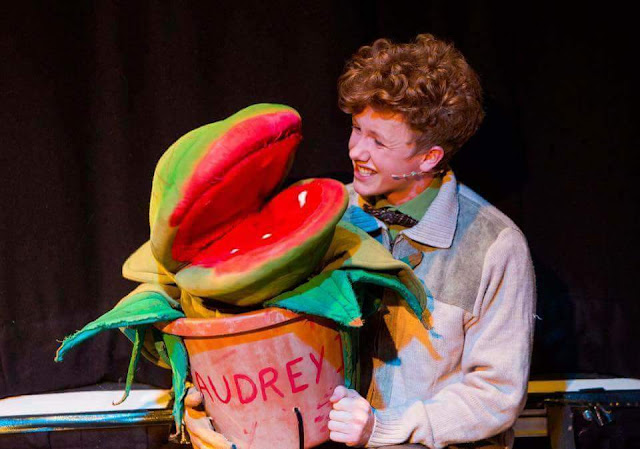