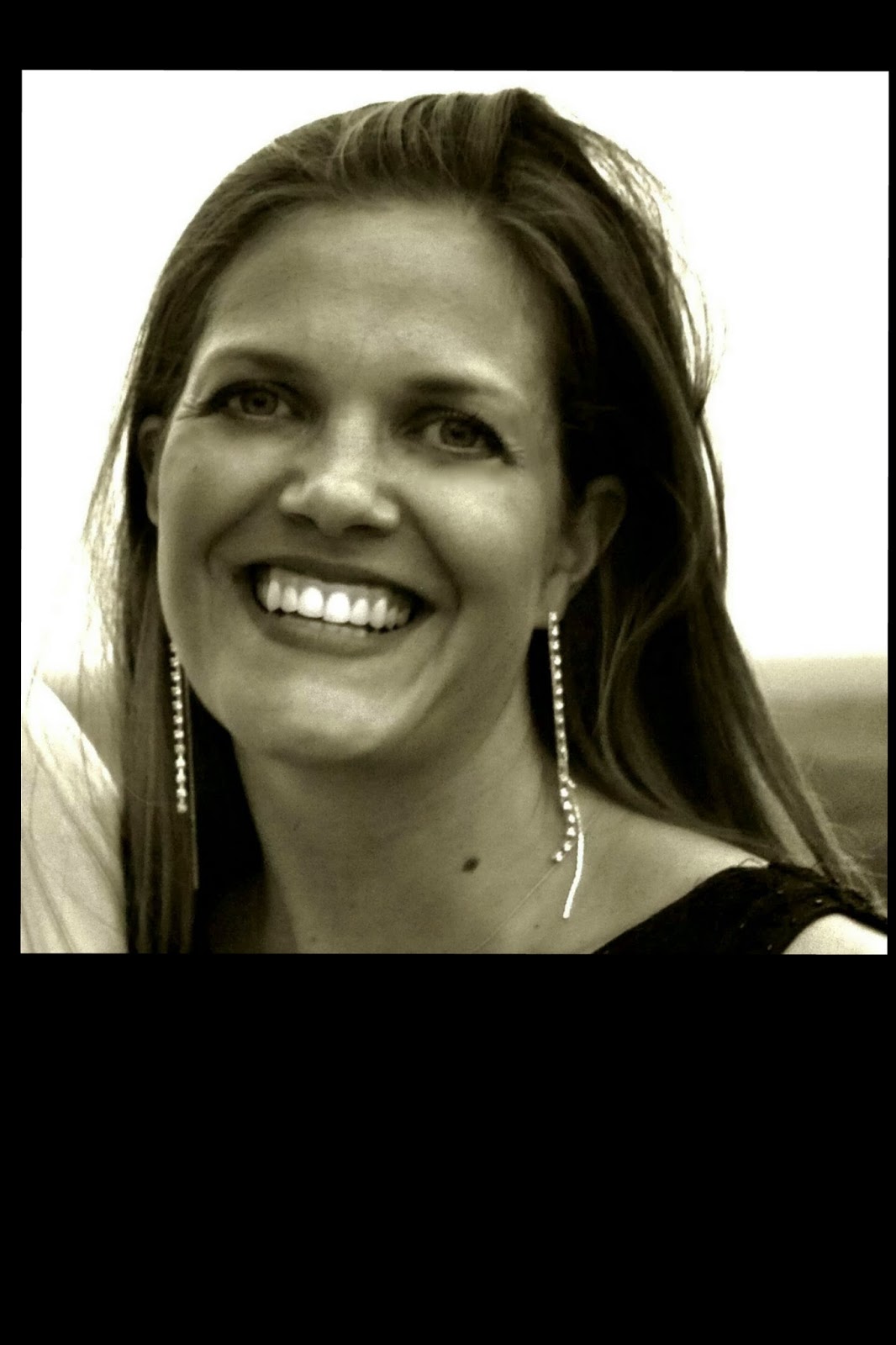 How are you, and tell us a little about yourself?

I’m doing great, thank you!
Me? I’m an author, mom and wife. I grew up in Europe and Africa and now live in the United States.

How would you describe your book(s)?

I love deep point of view, where you can really feel and experience what the character is going through…whether it be something horrible, something funny or something super sexy.
All my full-length books are set in the Low country so they have a sultry feel, and building tension.  I would describe my books as an escape that gives you butterflies.

What genre is your work mainly? Do you tend to stay in the same vein or are you hoping (If not already) to explore new ventures?

My books right now are contemporary romance in the new adult category. I have one out in 2015 that has all my hallmarks of strong character growth and building sexual tension, but also with a touch of suspense.  I like the space I’m writing in.

Share with us a quote from one of your favourite characters.

I don’t have a favorite character. But I do really enjoy Mrs Weaton, the elderly neighbor in Eversea.  She’s kind of a hoot.

Is it hard to come up with new ideas and / or plots?

Yes! All these authors that say they have so many ideas all the time make me feel like I’m not doing something right. I have them, of course, but my brain is not teeming with them. Perhaps I don’t recognize an idea when I have one. I don’t know.  Once I know a character I want to write about though, the plot options usually come quite easily.

Who is your favourite actor?

To look at…?  Henry Cavill ;-) I’m so shallow. But actually, he seems like a pretty decent guy too, does a lot for conservation and seems to love his family a lot. Great qualities, in my opinion.

What inspired you to write your book (s)?

I wanted to write a story of how it feels to fall in love, and also a Cinderella story (but where the prince might not end up being so perfect and the girl doesn’t really need to be rescued).  I started writing Eversea (like I’ve started and never finished so many books before) and all of a sudden, the characters took on a life of their own. I kept writing and writing and realized I’d not only written one book, but two. LOL.

Are your characters based on real people? People you may know on TV / Movie stars?

I wish they were real.  No, I never have anyone in mind for my characters because real life would probably mess it up in my head too much!  However, I always get inspired by real events, news stories and may draw on several during the course of a plot, especially if I need a really good reason for WHY someone does something. Often truth is stranger than fiction!   Like contracts in Hollywood and relationships that only exist for publicity.  Jack (from Eversea, my first book) is so specific in my head, I only see him. I can’t compare him to anyone else.   Maybe Henry Cavill, but I see Jack a bit younger and with a slightly leaner face.   But all my characters usually have elements of people from my own life in them.

Without giving anything away, what is/are your favourite scenes in your book?

Oh wow. In Eversea, it would have to be the almost kiss scene.  I was so highly strung for that scene, my nerves going crazy - even I didn’t know if they were going to kiss or not!
In Forever, Jack it would have to be when Jack sees the sculpture Keri Ann made in the gallery and realizes how much he hurt her.

What is up next for you?

I’ve been working on a book all year that is finally done, called The Cottage. It is due out in 2015. It may be retitled by the UK publisher to Deep Blue Eternity. Then because my readers have been overwhelmingly patient, I have written a holiday novella featuring Jack (EVERSEA) and Keri Ann’s first Christmas together.  And of course, I’ve been working on a spinoff book featuring the heroine from Eversea’s brother and her best friend, Jazz. I hope to be done with that within the next couple of months.

My six-year-old son wrote a story yesterday called Kai and Andy’s Adventure. That’s about it.

When did you start you start? What was your first piece? First published piece?

I’ve been writing stories since I was young!
My first book was Eversea. It is also 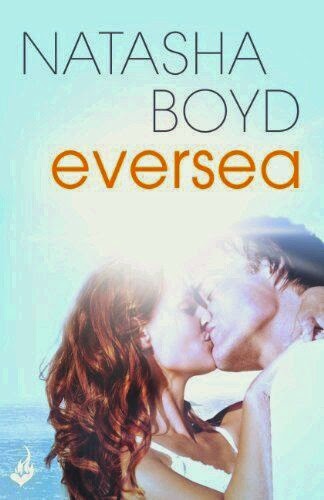 Romance, and sometimes thrillers. Anything that keeps me turning the pages.

Since I was a little girl.

How about how long does it take for you to complete a novel, from concept to completion?

Once I’m feeling it. And know exactly where I’m going? I could get it out of my head in 4-6 weeks.  But from conception to editing to publishing, probably six months.

Set it aside, yes. Trashed it, no.

I write most during the day when my kids are in school, because it takes me quite a while to get in the zone and I need extended chunks of time to do that. IDEALLY - I’d love to go to a remote cabin with lots of snacks, wine, and write for five days straight. I honestly think I could write most of a book if I had times like that.

We moved this year, and our furniture was in storage for four months.  After a few months of excruciating difficulty in getting the story out of my head, I was convinced I could only write on my square wooden table. Wouldn’t you know the story came flying out of my typing fingers the day that table came off the truck.

SCARY.  I didn’t think anyone would buy it beyond some good friends, or curious ex-school mates.  When it took off, I didn’t sleep for an entire month. I’d never looked so terrible. LOL.

Write because you can’t not. And SEEK OUT CRITICISM. This is hard. A lot of authors I come across write in a vacuum. Perhaps they have their mom/husband/friend beta read for them. People who don’t tell them the truth when they need to hear it. Or only tell them general parts they like or didn’t like. Even the best writers write shit sometimes. The difference is, they have people who point it out to them so they can improve. Writing is one of those things that should constantly evolve and get better. And if you aren’t learning something new with every project, then you are not growing as a writer.  You need someone to get technical with you, and question what the hell you were thinking as often as possible.  I recently wrote the words “It was lovely” in a project right after I’d described a lovely room. Both my critique partners jumped all over me. One of them was like “this is totally redundant.” The other said, “Stop telling me what to think!” I guess I have a lot to say on this subject, don’t I?

I sometimes hear entire conversations in my head between characters that happen to me in early morning dream/wake hours. If I don’t write them down, I lose them completely. It’s a bummer.

How do you overcome writers block?

Open a new document, and tell myself it’s not going to be in the book, and have my characters do something completely crazy and off the wall just for fun. Usually I can get back to their story that way.   Often the block happens when I’m trying to wrangle the characters into a certain plot where I want them to go, and they won’t go. Doing this exercise usually shows me where they want to go.  Does that sound nuts?

Can you write on demand and under pressure, or do you need time and space before the creativity starts to flow?

Both. Too much time and space and I waste it. Too much pressure and I panic. That said, a deadline (of some kind) is usually the only way I can work effectively.

How supportive are your family of your work?

Extremely. That doesn’t always translate into not disturbing me, but they say all the right things. ha ha

Are there any places in the world you would love to do a book tour that you have not yet had a chance?

Australia! And also, Eversea was a bestseller in Turkey this summer, so it would be pretty neat to visit some fans there.

What is your favourite food?

Is there a place you would love to do a book event that you haven't already been to?

What are you afraid of?

People no longer reading what I write. (Wow, that was scary honest).