Guests for the summer- House Martins

Every year for the last three years we have had House Martins  nest outside out bedroom window. They are not only cute but very nosey and messy at the same time. Here is a few pictures I took with some information about them, remember if you see a nest like below in the pictures don’t disturb it. Some people say it looks like a bee's or a wasps nest but its not. I know the nest looks ugly dangling there, but you can't remove it until the end of September. When the birds have flown away then and only then can you remove the nest. But be warned once they nest in that spot for summer they will come back every year to nest. 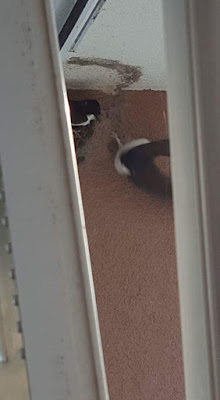 It feeds on insects which are caught in flight, and it migrates to climates where flying insects are plentiful. It has a blue head and upperparts, white rump and pure white underparts, and is found in both open country and near human habitation.

Once established, pairs remain together to breed for life; however, extra-pair copulations are common, making this species genetically polygamous, despite being socially monogamous.

The breeding season runs from May to August when insects are abundant, but some chicks are still in the nest in September. 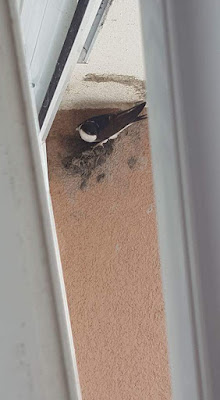 The nest is made of pellets of mud mixed with grass, lined with feathers and vegetable fibre. A new nest is completed in one to two weeks, while repairs to an existing one normally take only a few days.

By the end of October, most martins have left their breeding areas in western and central Europe, though late birds in November and December are not uncommon, and further south migration finishes later anyway. 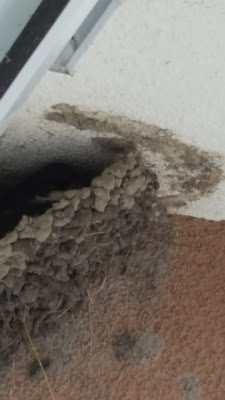 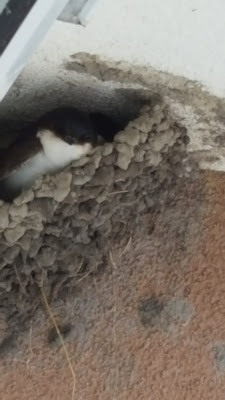 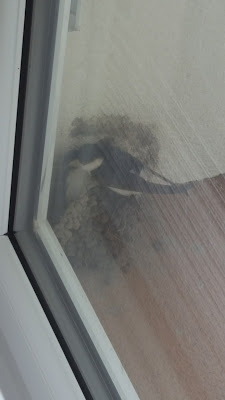 If you are in any doubt about a next ring your local council for advise.